We awoke to a couple of inches of snow this morning! This is such a rare occurrence around here these days…not like the feet (or what seemed like it) of snow we used to get when I was growing up. We would miss school for weeks at a time, sledding through the neighborhood, carefree in the knowledge that we could sleep in the next morning…but I digress. This morning I was intent on introducing our kids to snow and harnessing what little of the white stuff we would have for the day. 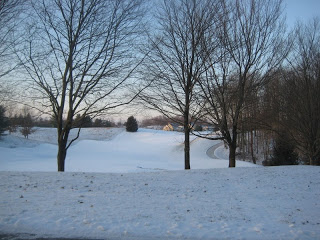 My first thought was to make snow cream, even before breakfast. Anyone who has ever eaten this delicacy knows that you have to make it from the very freshest snow, lest you want dog tracks, bird droppings or worse, in your concoction. My mom made snow cream for me all the time and she only used the purest, whitest, most beautiful snow. 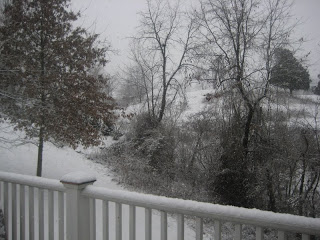 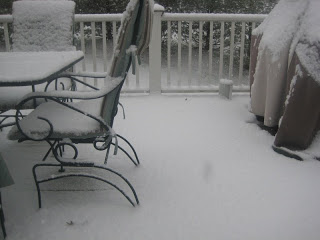 I ran out on our deck in my pj’s and scooped up a tiny bowl of flakes. Back inside, I scurried around to add my ingredients before it melted. 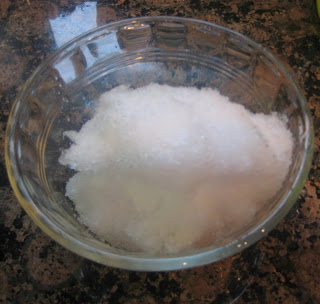 Add the ingredients to the snow sparingly and eat quickly before you end up with snow slush. If you’re extra ambitious, you can freeze up some stock, but it’s not nearly as good in July. 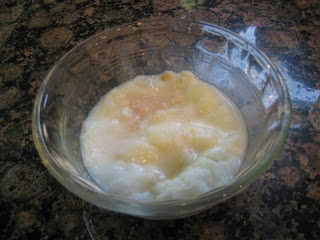 Everyone took a bite but I’m not convinced that they fell for the stuff as much as I did in the olden days. It’s true, the photo doesn’t live up to the taste. Maybe it would be better with a cherry on top.

P.S. Since posting this I’ve heard from a couple of readers about the ingredients they use. One friend said to use evaporated milk instead of milk; another suggested using half & half. Any other suggestions for this tasty treat?