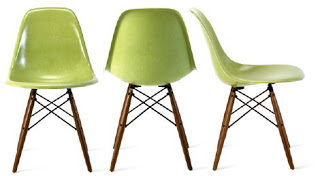 The Eames fiberglass shell chair was really the first affordable plastic chair. Conceived in the late 1940s, this chair design has endured to remain very popular today. Originally offered with a range of bases, including basic tubular legs, trussed Eiffel tower legs, low lounge bases, as well as rockers, the variety trailed off during the middle years with Herman Miller only offering the basic tubular steel legs. As a result the original chairs with the alternate legs became very valuable collectors’ items. 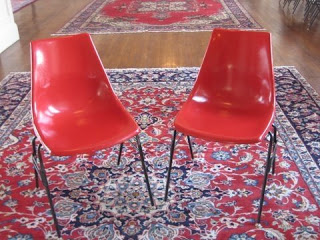 We have about 100 fiberglass Eames chairs in our corporate museum, as seen in the photo above. The chairs had been used by Sullins College and we inherited them when we purchased the campus of the bankrupt school and moved our headquarters there in the late ’70s. The beauty is in the stacking feature, so they take up considerably less room. 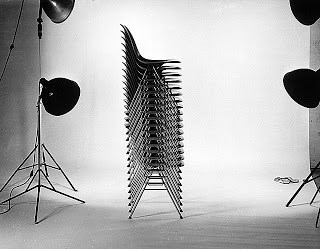 We use them for meetings and parties. They are surprisingly comfortable. Ours are “Red Orange” (we also have a few in “Greige”), as seen in this color swatch from a 1962 Herman Miller illustrated price list) and tentatively date from the 1960s, although they could have been produced a little later. 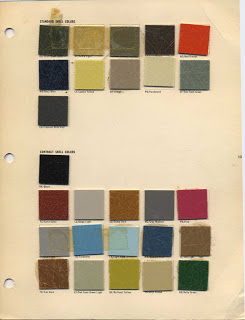 Eames stacking fiberglass shell chairs can be found on ebay in a variety of colors and would be great for a desk chair in your home office. Or buy a few and stack them in your garage to use for your next party!