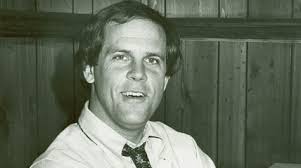 My interview with legendary William & Mary football coach Jimmye Laycock, as published in The Olde Farm Magazine in 2019. Coach Laycock (“Y.E.” as some of my contemporaries affectionately called him) was a larger-than-life-personality when I was on campus in the late ’80s. Speaking with him for this article in late 2018 was a huge honor, yet made me somewhat nervous. You see, he didn’t know that my friends and I had sneaked/snuck into the football locker rooms late one night (we lived in “Lodge 1”, which was a stone’s throw away, so it was practically part of our house?). I never disclosed that to him, but even if I had, I suspect he would have still come across as the same easy-going, approachable & revered favorite of our Tribe.

A legend at the College of William & Mary and beyond, JImmye Laycock remains down-to-earth and humble about his many accomplishments. For starters, he had the 3rd-longest continuous head coaching tenure in NCAA Division 1 football history, having coached from 1980 until retiring in 2018, and with a winning record (249 games) to boot. Laycock graduated from W & M himself in 1970, where he played quarterback under such legendary coaches as Marv Levy & Lou Holtz. His teams have seen two semi-final appearances and in 2010 he recorded his 200th win as an FSC head coach, becoming only the 3rd person to reach that mark. He and his wife Deidre, a sports psychology consultant at W & M, live in Williamsburg, where he plans to continue residing into retirement. They have four children and two grandchildren. He spoke with us about his favorite football memories, golf and his top three bucket list for retirement.

When did you start playing golf?

As a kid, my brother and I played with my uncle. We lived on 3 or 4 acres and would practice there and also at the Loudon Golf & Country Club. I lettered in all the sports in high school but somehow found time to play golf my senior year. Currently I’m playing to an 8 or 10 handicap. Now that I’m retired I’d like to get into it more competitively, including coming to The Olde Farm more. (Note: Laycock in fact earned 12 varsity letters at Loudon Valley High School, where they retired his football jersey and he was inducted into the Hall of Fame.)

What is your favorite event at The Olde Farm?

I love the whole atmosphere at The Olde Farm, but the Blue-Gray is my favorite, for the competition and the people. As a member of the Gray, I enjoy playing with my old friend (former Gray General) Lanny Wadkins. In one tournament, there was a little pressure as Lanny & I were playing against Billy Palmer & Jim Ferree. We ended up beating them and I may be prouder of that than some of my coaching accomplishments! Lanny I go back many years, as his first wife went to W & M. He was actually the emcee for the dedication of the Laycock Football Center at the College in 2008.

How do golf & football compare?

There are many similarities between football and golf. The mental game is important in both. Most of my career I’ve coached mainly offensive plays. Like with golf—there are no defensive plays to it.  In both sports, you can practice and practice yet never get as good as you want to be. With both, you shouldn’t be afraid to make mistakes, and in both sports, be aggressive.

When you began your career at W & M in 1980, you were the youngest Division 1 head coach, at age 31. What major changes have you seen on campus since that time?

The facilities have changed a lot, from the stadium to the new football center. In 2004 we hosted the national semi-finals against JMU. We had to bring in portable lights and the game was a sellout. Students had to stand in line for tickets. It was because of that game that we ended up getting permanent lights and turf. That was a turning point in our facilities. (Note: the mascot has also changed over the years, from Indians to Tribe to the newer Griffin, while the program is still referred to as Tribe Football.)

What are your most memorable coaching moments or seasons?

So many stand out but what meant the most was at the 2018 University of Richmond game when 400 of my former players came and went out on the field at halftime when I was recognized. And all the letters and emails I have received from people telling me how I influenced a part of their lives. Coaches Levy & Holtz even wrote personal letters.

Twice we’ve played in (and won) the Epson-Ivy Bowl in Japan which were both incredible experiences for our team.

In 2008 when W & M named the new football center after me (the Jimmye Laycock Football Center), that was quite humbling. Coach Levy and old friend Coach Frank Beamer came for the dedication.

I’m proud of the fact that there are currently two head NFL coaches who have played for me (Mike Tomlin of the Steelers & Sean McDermott of the Bills).

Steve Christie played for me and later went on to be the placekicker for the Bills. After he set a record by kicking the longest field goal ever made in Super Bowl history (54 yards), he sent me the ball. That was quite special. 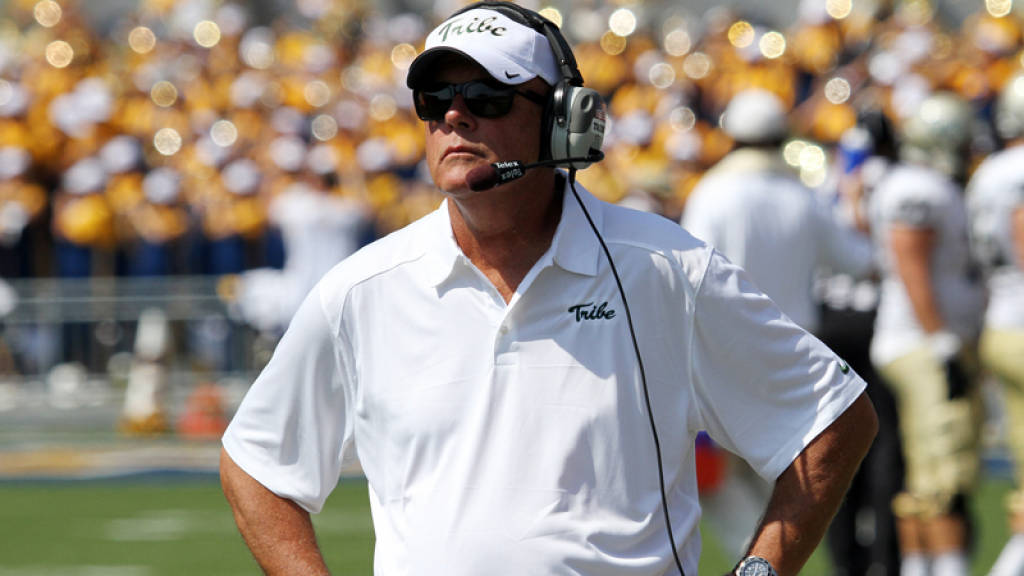 I turned 70 this past year and never felt I would coach into my 70s. Plus I wanted to stop on a high note. The program is in good shape, and we’ve got lots of top players returning next season. The program will be in good hands with Mike London, who coached the defensive line under me from 1990-1993.

What are your plans for retirement?

I have three basic goals in retirement: 1. Beach in August; 2. Tailgate in September; and 3. Golf in October. I’ve honestly never experienced any of those. Football is year-round and very restrictive timewise. I’m looking forward to the flexibility. I also want to spend time with my four children and see my grandkids. My son is a captain in the Army…I’d love to bring him to The Olde Farm.

What is something about yourself you’d want people to know?

I am who I am–what you see is what you get.

Editor’s Note: I will always love going back to W & M football games, but they won’t be the same without Y.E.